Skip to content
Clean up, monitoring and final testing of the MAELSTROM app: activities on the island of Pellestrina

Clean up, monitoring and final testing of the MAELSTROM app: activities on the island of Pellestrina

In December, a joint event of MAELSTROM and In-No-Plastic clean up projects closed the testing phase of our app 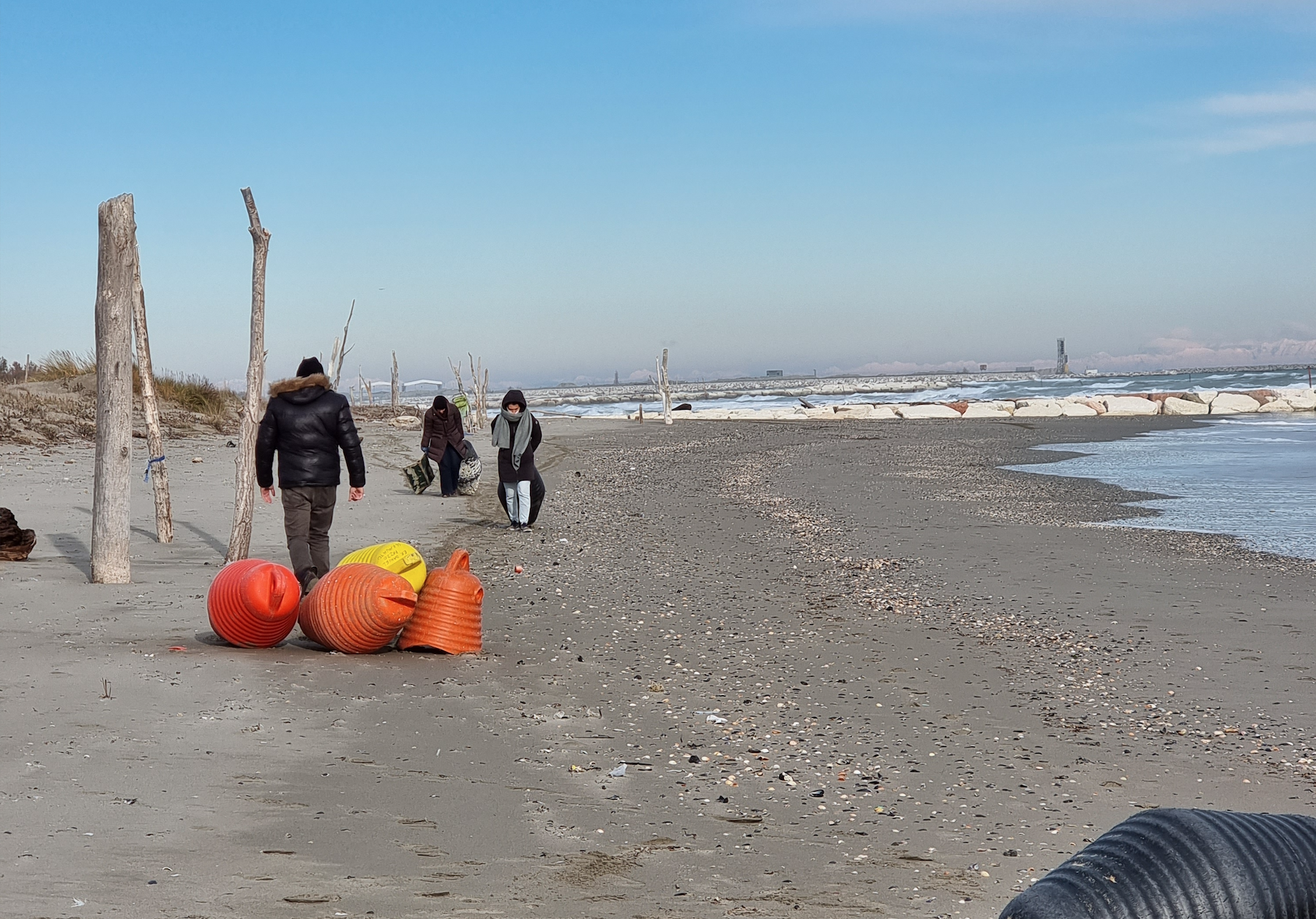 On Saturday, December 11, our partners Venice Lagoon Plastic Free (VLPF), ISDI Group and GEES Recycling, in collaboration with the Italian non profit-environmental organization Legambiente, conducted a marine litter assessment and clean up on the beach of the island of Pellestrina, in Venice. However, the waste collection, which contributes to the aims of MAELSTROM and our twin project In-No-Plastic as far as the seasonal litter assessment activity is concerned, was not just an end in itself. Rather, it is an integral part of some of the most important activities of our project. In fact, the event also allowed for the monitoring and tracking of the collected marine litter, thanks to the use of the MAELSTROM app, which is now up and running.

The marine litter monitoring was carried out abiding by the European Marine Observation and Data Network (EMODnet) marine litter standardization, following the advice of the MSFD Technical Group on Marine Litter. The clean up, which feeds into the circular economy activities, resulted in the removal of nearly one ton of waste from the beach. Among these, about 70% was represented by waste coming from fishing activity: 27 buoys (some of them more than one meter long), nets, boat fragments, floats and so on. The remaining 30% of the collected waste was split between waste from construction activities and inflatable waste (e.g. tires).

This large amount of waste along a couple of hundred meters of beach line had been identified thanks to previous work of fine-tuning the MAESLTROM app, that also include clean up and marine litter tracking services. This, in fact, allows the activities aimed at reducing marine litter to be supported on several fronts, firstly through the identification and monitoring of waste, which can be geo-referenced; this is particularly important in case of particularly bulky or potentially dangerous waste, for the removal of which the intervention of specialized agencies is necessary. The app also makes it possible to follow the process of waste transfer and recycling; in other words, it allows the monitoring of the complete cycle, from collection to “new life”, while at the same time facilitating data collection, since the information on waste can be collected automatically (instead of manually).

“The data provided by the MAELSTROM app, which will in the next stages be shared with the Italian data base for marine litter and possibly in the future with EMODnet, contribute to make the collection and recycling process transparent and complete,” concludes Davide Poletto VLPF executive director.