Skip to content
MAELDrop #10 | Marine litter, a vehicle of transport for invasive species

MAELDrop #10 | Marine litter, a vehicle of transport for invasive species

When thinking of marine litter impacts on ecosystems, we often think about the ingestion and entanglement of animals. However, marine litter poses other lesser-known risks to ecosystems, such as the spread of invasive alien species. These are organisms that reach areas of the planet other than those where they are native and successfully establish there. Invasive species can bring in new pathogens and compete with native species for resources. In many cases, invasive species pose a serious threat to the conservation of species at risk of extinction: an example is the Louisiana red crayfish (Procambarus clarkia), which competes with the Italian crayfish (Austropotamobius pallipes), classified as endangered by IUCN.

How can marine litter contribute to the spread of invasive species? Several studies point out that litter, including microplastics, act as transport platforms for species, even over great distances. Other elements, such as boats (e.g. ballast waters), can harbor allochthonous organisms, but it is more difficult to quantify (and thus keep track of) organisms carried by litter.

It seems clear, however, that the problem is not limited. A study shows that floating plastic has allowed the introduction of alien species even in the Antarctic Peninsula, where temperatures were thought to be too freezing for organisms to survive (it is also worth considering how global warming may reduce this constraint). The Mediterranean basin is well studied for marine invasive species: according to a JRC report, the more than 400 invasive species in the area arrived mainly from the Red Sea, via the Suez Canal, marine litter has been the vehicle for some of them.

In short, reducing the use of plastics, the main component of marine litter, and improving our litter management in general is crucial to protect aquatic ecosystems not always well-known ways! More needs to be done to inform citizens about all the implications of plastic consumerism and our MAELDrops aim at filling that gap! 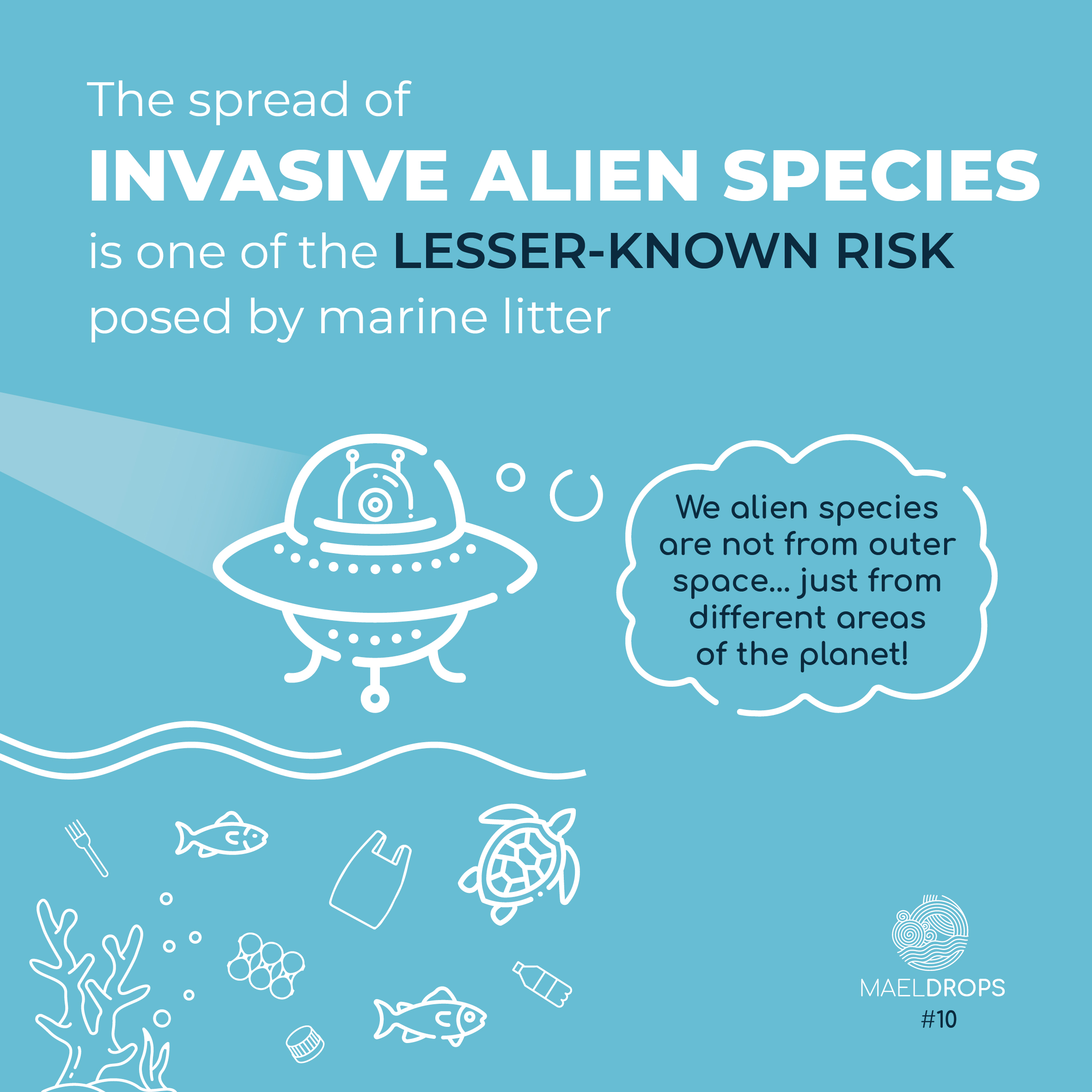 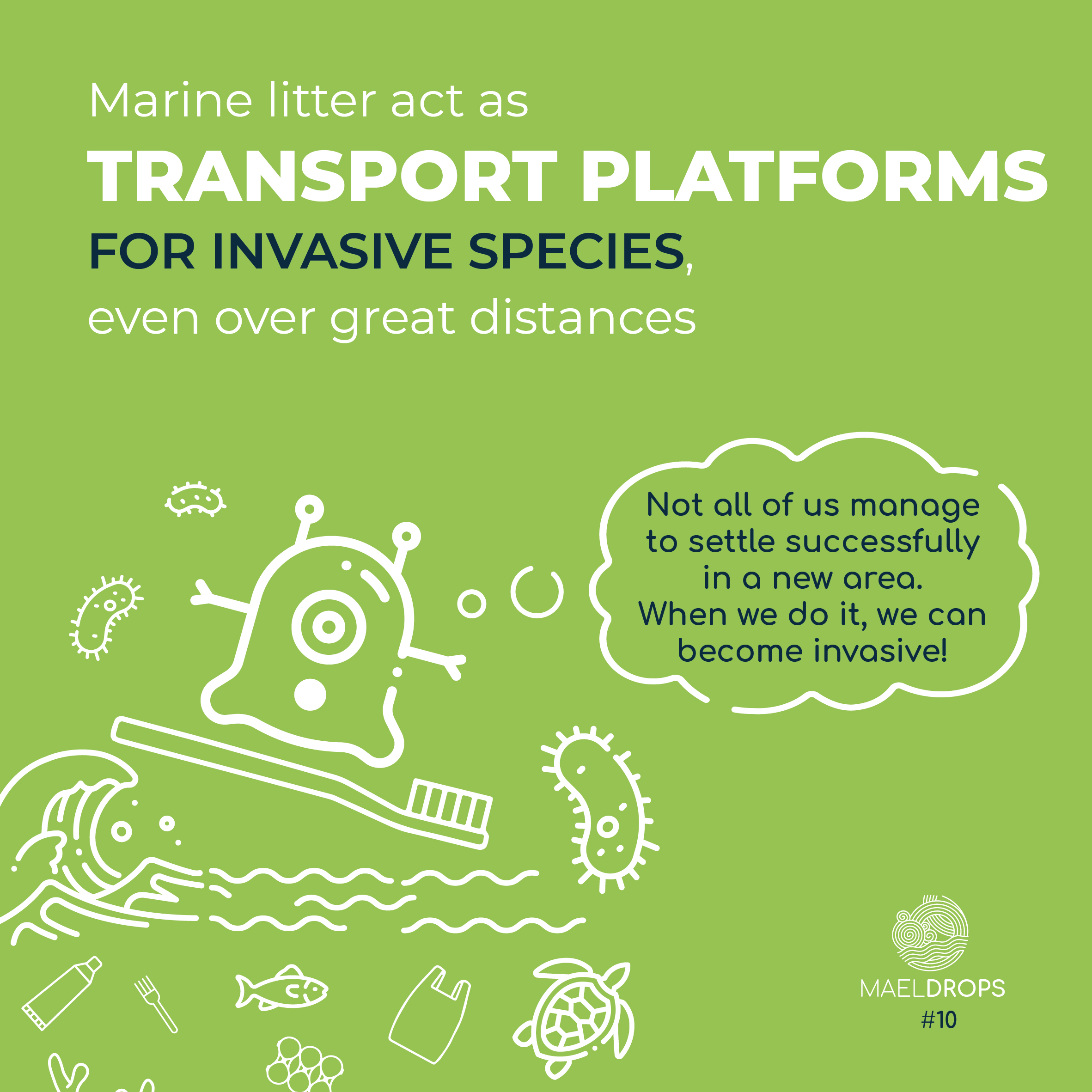 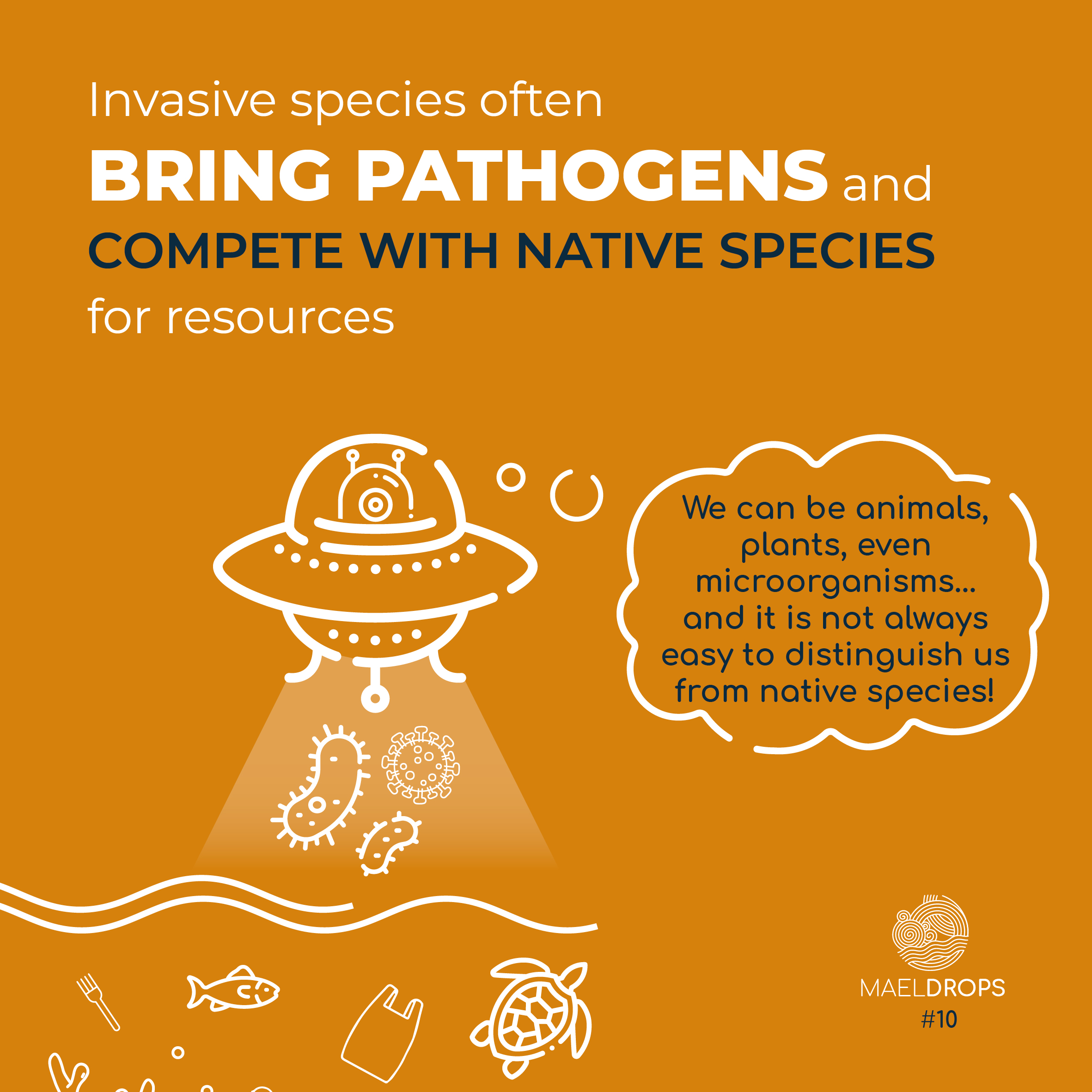