Remove. Recycle.
Give it a new use.

WE HAVE A PROBLEM!

Increasing amounts of litter end up in the world’s rivers and oceans, harming the health of ecosystems and animals. Human health is also at risk, as plastics often break down into smaller pieces – microplastics – that may subsequently end up in our food. Microplastics were even found in human blood!

A stock of 83 million tons of plastic waste is estimated to be already in the oceans. The recovery of this plastic materials is an arduous and costly task.

HOW IS MAELSTROM HELPING? 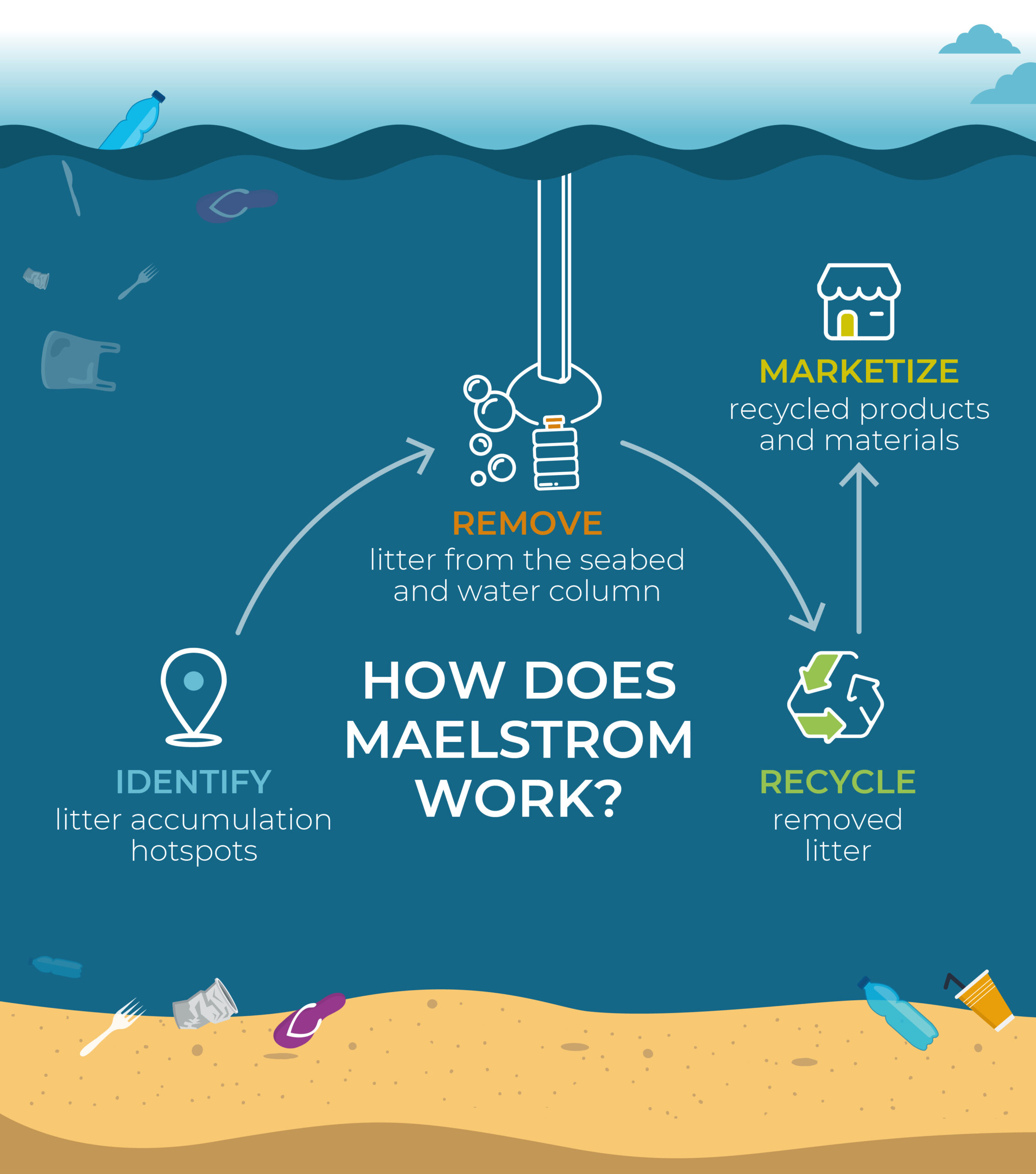 provides solutions and tools to remove litter in a sustainable manner

through the adoption of responsible practices, behaviors and choices, essential for sustainable societies

Find out who we are

Info pack on the technologies being developed

WHAT’S IN FOR ME

Find out what can you do

MAELSTROM participates to the Mission Charter – Restore our Oceans and Waters

MAELSTROM participates to the Mission Charter - Restore our Oceans and Waters

A chat about the MAELSTROM app

A chat about the MAELSTROM app We have talked with

The Great Bubble Barrier is one of the finalists for the Earthshot Prize 2022!

VIEW ALL OUR ARTICLES